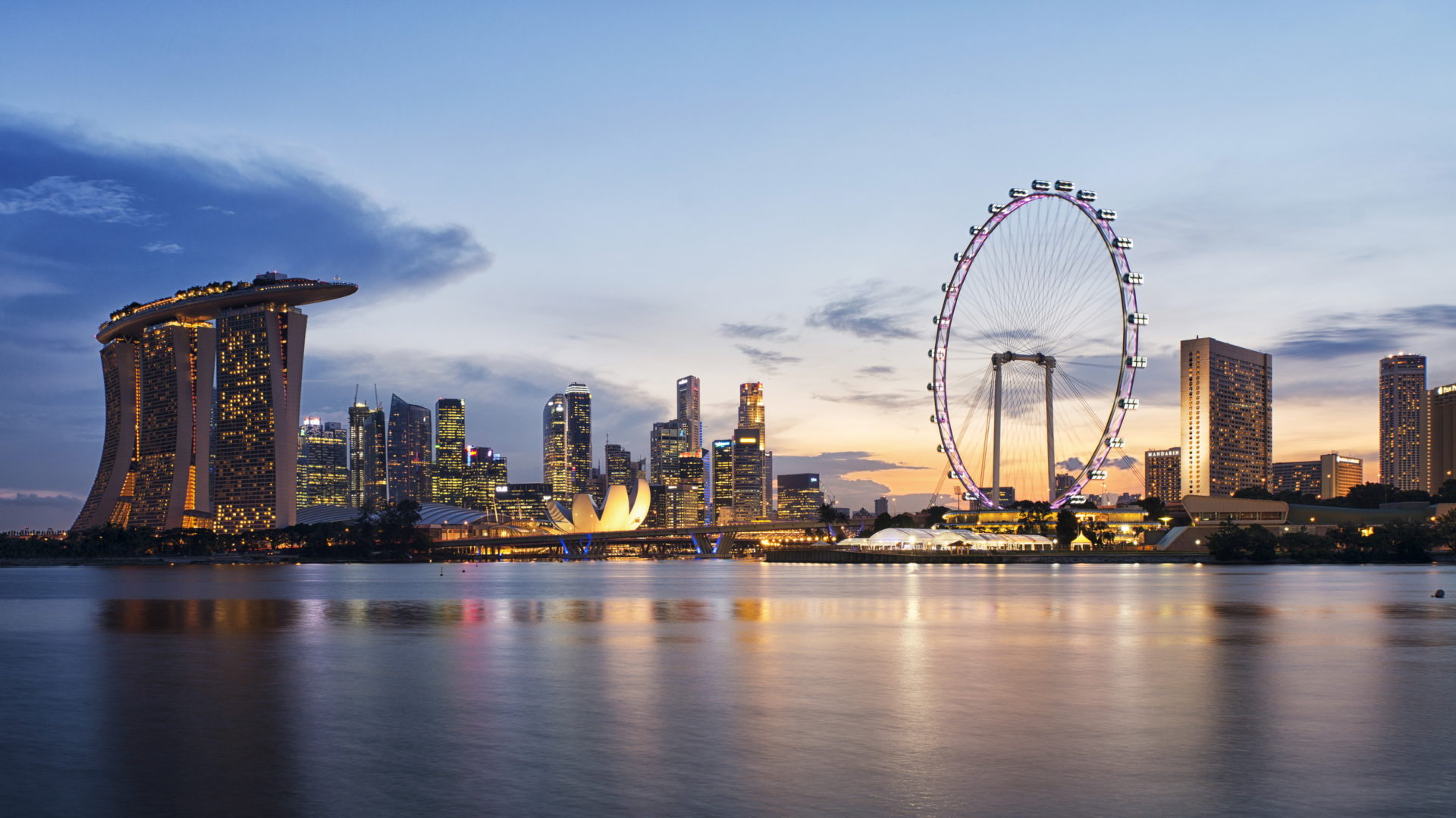 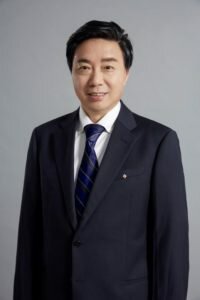 Abstract: We define Big Wisdom with a HAO/BIBLE framework, which integrates human intelligence (HI), artificial intelligence (AI) and organizational/business intelligence (O/BI) with Bigdata analytics in large environments, for industrial intelligence in organizational activities. Big Wisdom starts with Bigdata, discovers Big Knowledge, and facilitates human and machine synergism for complex problem solving. When the HAO/BIBLE framework is applied to a regular (non-Bigdata) environment, it becomes the well-known PEAS agent structure, and when the knowledge graph in HAO/BIBLE relies on domain expertise (rather than Big Knowledge), HAO/BIBLE serves as an expert system. This paper compares and contrasts Bigdata, Big Knowledge and Big Wisdom, and instantiates HAO/BIBLE with a Big Wisdom case study for intelligent catering services.

Xindong Wu, PhD, President of Mininglamp Academy of Sciences, and a Fellow of the IEEE and the AAAS. He holds a PhD in Artificial Intelligence from the University of Edinburgh and Bachelor’s and Master’s degrees in Computer Science from the Hefei University of Technology, China. Dr. Wu’s research interests include data mining, Bigdata analytics, knowledge engineering, and Web systems. 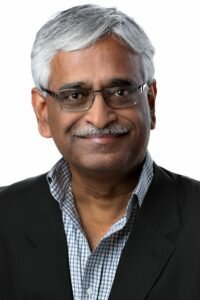 Title: Landscape of Practical Blockchain Systems and their Applications

Abstract: The concept of a distributed ledger was invented as the underlying technology of the public or permissionless Bitcoin cryptocurrency network. But the adoption and further adaptation of it for use in the private or permissioned environments is what I consider to be of practical consequence and hence only such private blockchain systems will be the focus of this talk.

Computer companies like IBM, Intel, Oracle, Baidu and Microsoft, and many key players in different vertical industry segments have recognized the applicability of blockchains in environments other than cryptocurrencies. IBM did some pioneering work by architecting and implementing Fabric, and then open sourcing it. Now Fabric is being enhanced via the Hyperledger Consortium as part of The Linux Foundation. There is a great deal of momentum behind Hyperledger Fabric throughout the world. Other private blockchain efforts include Enterprise Ethereum, Hyperledger Sawtooth and R3 Corda.

While currently there is no standard in the private blockchain space, all the ongoing efforts involve some combination of persistence, transaction, encryption, virtualization, consensus and other distributed systems technologies. Some of the application areas in which blockchain systems have been leveraged are: global trade digitization, derivatives processing, e-governance, Know Your Customer (KYC), healthcare, food safety, supply chain management and provenance management. Many production deployments are also operational now.

In this talk, I will describe some use-case scenarios, especially those in production deployment. I will also survey the landscape of private blockchain systems with respect to their architectures in general and their approaches to some specific technical areas. I will also discuss some of the opportunities that exist, and the technical and organizational challenges that need to be addressed. Since most of the blockchain efforts are still in a nascent state, the time is right for mainstream database and distributed systems researchers and practitioners to get more deeply involved to focus on the numerous open problems. Extensive blockchain related collateral can be found at http://bit.ly/CMbcDB

Dr. C. Mohan has been an IBM researcher for 37 years in the database and related areas, impacting numerous IBM and non-IBM products, the research and academic communities, and standards, especially with his invention of the well-known ARIES family of database locking and recovery algorithms, and the Presumed Abort distributed commit protocol. This IBM (1997), and ACM and IEEE (2002) Fellow has also served as the IBM India Chief Scientist for 3 years (2006-2009). In addition to receiving the ACM SIGMOD Innovations Award (1996), the VLDB 10 Year Best Paper Award (1999) and numerous IBM awards, Mohan was elected to the US and Indian National Academies of Engineering (2009) and named an IBM Master Inventor (1997). This Distinguished Alumnus of IIT Madras (1977) received his PhD at the University of Texas at Austin (1981). He is an inventor of 50 patents. He is currently focused on Blockchain, Big Data and HTAP technologies (http://bit.ly/CMbcDB, http://bit.ly/CMgMDS). Since 2016, Mohan has been a Distinguished Visiting Professor of China’s prestigious Tsinghua University. He has served on the advisory board of IEEE Spectrum, and on numerous conference and journal boards. Mohan is a frequent speaker in North America, Europe and Asia, and has given talks in 40 countries. He is very active on social media and has a huge network of followers. More information can be found in the Wikipedia page at http://bit.ly/CMwIkP. 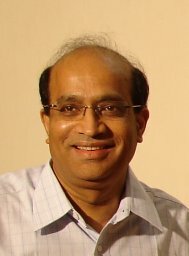 Abstract: The retina and the choroid are two structures of the eye that have many tissue layers. These layers can be visualised using Optical Coherence Tomography (OCT) imaging. The abnormalities in these layers are indications of several eye diseases that can lead to blindness such as Age-related Macular Degeneration (AMD) and Glaucoma. Biomarkers extracted from these tissue layers such as changes of the layers thickness, transparency, etc. are very effective in early detection and monitoring of the progression of eye diseases. Large scale and reliable biomarker extraction by manual grading for early detection eye diseases are infeasible and prone to error, subjective bias and cost ineffective. OCT image analysis is very challenging because of noise, low contrast, extremely thin layers, presence of pathologies and complex anatomical structures such as optic disc and macula. In my talk a robust, efficient, and accurate automated 3D segmentation algorithm for OCT images is proposed for the retinal tissue layers and the choroid overcoming the challenges. By mapping segmentation problem as a graph problem, we converted the detection of layer boundaries to find the shortest paths in the mapped graph. Using this segmentation, we were able to segment all the retinal and choroid tissue layers very accurately and extract eight novel biomarkers even in the presence of disease. In addition, we demonstrated that a classification model for classifying the eye patients into normal and diseased using Random Forest and extracted biomarkers outperforms four state-of-the-art methods with an AUC of 0.99. The talk also outlines briefly the system OCTInspector built for analysing OCT images and eye disease prediction.

Professor Ramamohanarao (Rao) Kotagiri received PhD from Monash University. He was awarded the Alexander von Humboldt.  He has been with the University Melbourne as a professor in the School of computing and Information Systems.  Rao held several senior positions including Head of Computer Science and Software Engineering, Head of the School of Electrical Engineering and Computer Science at the University of Melbourne, Associate Dean Research, Deputy Dean Faculty of Engineering and Research Director for the Cooperative Research Centre for Intelligent Decision Systems.  He served on the Editorial Boards of the Computer Journal, Universal Computer Science, IEEE TKDE, VLDB (Very Large Data Bases) Journal and IEEE TCC. He was the program Co-Chair for VLDB, PAKDD, DASFAA and DOOD conferences.  He served/ is serving on steering committees of IEEE ICDM, PAKDD and DASFAA. He received distinguished contribution award for Data Mining (PAKDD), distinguished contribution award for Database Systems (DSAFA), ICDM Outstanding Service award.  Rao is a Fellow of the Institute of Engineers Australia, a Fellow of Australian Academy Technological Sciences and Engineering and a Fellow of Australian Academy of Science. He was awarded Distinguished Contribution Award in by the Computing Research and Education Association of Australasia.